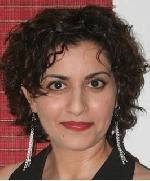 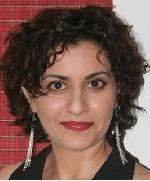 Shehnaz Khan was born on 22 February 1978  in Kampala-Uganda and now her age is 35 years.She basically belongs to a Pashtoon family and can fluently speak urdu, english and pashto.

She madeas an up and com her debut from the Jamal shah’s controversial art production “Kal” making her mark as an up coming new comer at the age of 16. She was later  signed out Madiha Gohar to act in Shahid Nadeem ‘s series based on PIA “Uraan” that was shot on locale and several countries.Shahnaz again held her own opposite veteran actress Madiha Gohar and Faryal Gohar in Kenya episodes,however she is most recognized for her portrayal of the character of Shahnaz in Alpha Bravo Charlie which earned her overnight superstar status and the people’s choice awards 1998.For a very young just for 19 years old she recoeded ABC, she demonstrated spectacular acting capability.

Shahnaz Khan was married to Usman Khwaja who is a son of great Pakistani musician legend Khwaja Khursheed Anwar in 1st May 1997. The couple has a daughter who is almost 12 years old .Shahnaz got divorced from her husband  and now she is single and indulged herself in completing graduation from USA.