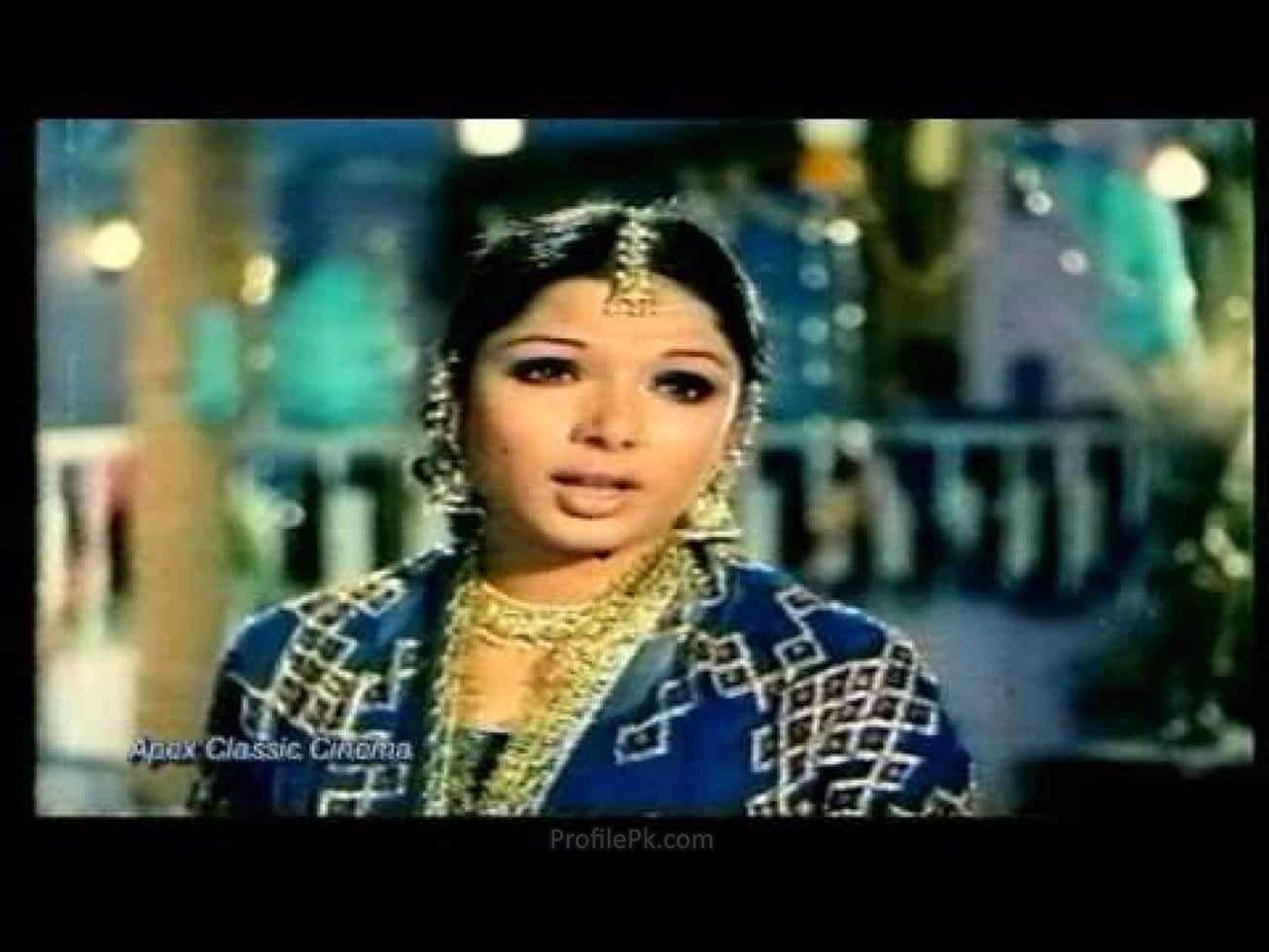 Babra Sharif was the foremost figure in the our Pakistani film industry during the 1980s and late 1970s. She started her career with some commercials. She worked with many famous names like Shahid, Nadeem, Waheed Murad, Ghulam Mohyedin and Muhammad Ali Sahab. She had great success in Urdu films in Pakistan.The face of a baby, the figure of a Barbie doll and the nerves of steel make this damsel one of the timeless queens of Pakistan film industry.

A talented actress who has performed several memorable roles on both the mini and silver screens. Babra is one of the most versatile actresses that Lollywood has ever produced .Babra Sharif was the foremost figure in the Pakistani film industry during the 1980s and late 1970s.Her first film was Shamim Ara’s Bhool in 1974. She had great success in Urdu films in Pakistan.

She did a variety of roles which proved her versatility as an actress. Some critics have also considered her as the best actress of her time in Pakistan, she was the first actress in the region who blended action and romance. She worked in more than 100 movies. Babra was one of the top actresses of Lollywood. she Is one of Pakistan’s most popular actress and the highest paid actress in Pakistan. She is 53 year old now but she looks so young fresh and beautiful .Babra sharif pictures .pictures of babra sharif are so beautiful

Babra Sharif acted in more than 100 movies and her first film was Shamim Ara’s “Bhool” in 1974. Soon a string of super hits followed such as “Aag”, “Salakhain”, “Baaghi Hasina”, “Miss Hong Kong” etc, but her success graph moved swiftly upwards, making her the most sought after and highly paid actress of all time. Babra Sharif was barely 12 Years when she appeared in the famous ad and was immediately signed by Shabab Kiraanvi for “Mera Naam Hai Mohabbat”. Her entry into movies became something of a phenomenon because the famed film producer took Babra on without a screen test. People were surprised at Shabab Kiraanvi choice of a heroine opposite Ghulam Mohiyuddin for a movie demanding high emotions.

For over two decades she was the number one of the Pakistan film industry. Her name in credits ensured success at the box-office. Babra Sharif went on to become Lollywood answer to glamour, style, versatility and an alluring, on-screen appeal not even remotely upheld by her successors. Her reign as Pakistan most successful actress lasted more than the career span of all those who later followed the diminutive diva into the film industry. Babra Sharif received a Nigar Award for “Shabana”, a super hit, and another Nigar Award for “Tina” and had received this Award 8 times.
In 1978 she married to film star Shahid, but the couple soon divorced. She also worked in Nadan Nadia, a Pakistan television comedy play by Anwar Maqsood. She also did Lux 50 years celebration commercial. Babra Sharif currently owns a jewellery shop in Karachi.
Believing in bowing out gracefully rather than being booted out, Babra Sharif was still a lucrative name when she called it quits ·A lesson that needs urgent learning by some of the later-day heroines. Since her departure, Lollywood has not been the same.

It was not simply a matter of matching her success graph as no heroine was able to cross the long distance between becoming an actress and reaching an icon status. Babra Sharif did that. She holds the distinction of covering that distance to be called a beauty icon, a title not awarded to anyone in the 50-plus years of Pakistan film industry. In a star-studded Lux Style Awards ceremony held in Karachi in 2003, Babra Sharif name was announced for the beauty icon award.

Uncategorized 0
Munir took up the art of acting as a child while still at school,

Uncategorized 0
Bilal Lashari is a Pakistani film director and cinematographer. He born in August 4.

Uncategorized 0
What’s Shaan Shahid up to? The silver-haired, well-coiffed, famously multilingual actor is no stranger

Ali 0
Ustad Ghulame Ali is an ethnic Pakistani singer of the Punjabi Ghazal. He is

Uncategorized 0
Badar Munir was a Pakistani film actor once known as Badar Abdul. Originally from

Uncategorized 0
Zubaida Jalal is a politicians and a social worker. She is Member of National
Do NOT follow this link or you will be banned from the site!