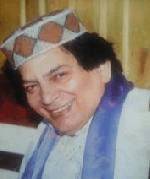 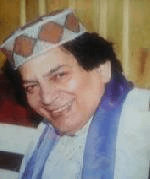 Abid Kashmiri is a Famous Pakistani  Film ,Television and  Stage actor . He performed in many stage dramas. He is equally popular on stage and Tv But he did not get much success in films  . He proved her acting skill in every field of acting  .He worked in Punjabi and urdu  stage shows .Abid Kashmiri  is a very good actor .He is very popular comedian .He has a fan base in Pakistan and throughout the world.
With his roles habitually comedic, it is unnecessary to say that Abid has mostly been typecast by producers and directors in similar roles. His well-liked dramas include Suraj Key Sath Sath, Lahori Gate, Teri Gali Mein, Home Sweet Home, Malangi and Janjaal Pura. While most people recognize him as a television performer, Abid’s career has typically been allied with the stage, playing essential roles in stage plays like Rolay Naukar De, Ishtihari Bakra and Katoray Pe Katora. Filmography of his career includes Bazar-e-Husan, Aainak Wala Jinn and Jeety Hain Shaan Se.