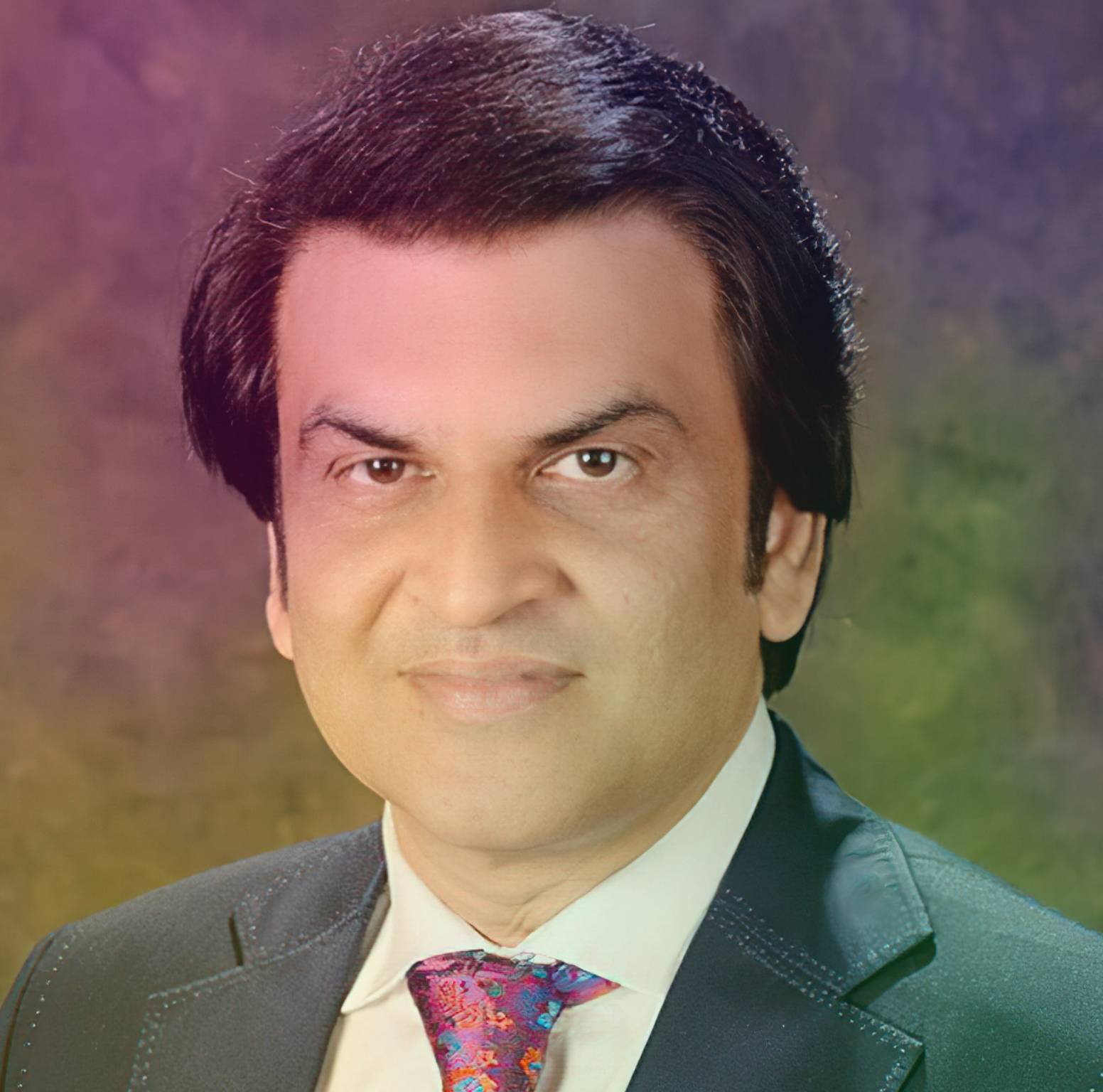 Abdullah Kadwani is a famous Pakistani actor, model, director and producer. He started his career as a model. He had over 25 TV commercials/Adds to his acknowledgment to from 1991 – 1995. He soon ventured into productions & directions. During 1997 – 2001 he directed three serials in which two won the “Best Serial Awards”.

He has also engaged in media and broadcast marketing and sales. In the year 2000, he launched his flagship company, Icon Media. He also worked as the CEO of Media Max and MSR of one of the private sector Pakistani C&S TV network. Abdullah formed an entertainment company by the name of 7th Sky Entertainment with famous actor & producer Humayun Saeed in 2005 which is now regarded as the top production house in Pakistan.

Besides marketing and providing consulting to over 50 software for television in the categories of lifestyle shows, magazine shows, drama serials, live events and special plays, Kadwani has also produced under the flag of Media International, 3 serials in Pakistan, whereas producing “live telecast” events, special plays, and lifestyle shows. He is considered as an actor & talented producer in Pakistan. His acting range consists of 16 serials and 50-55 special plays along with telefeatures aired across different Television Channels in Pakistan.

Abdullah Kadwani has been a receiver of numerous awards including “Best Producer” in 1997 for drama serial “Panchawan Mausum” NTM Awards. He also received awards for best producer, best actor, Lux style award and PTV National award for his entire services to Pakistan showbiz.

Formed an entertainment company by the name of 7th Sky Entertainment with Humayun Saeed in 2005 which is now rated[who?] as the top production house in the country.

In addition to marketing and providing consulting to more than 50 software for television in the categories of lifestyle shows, magazine shows, serials, live events and special plays, Abdullah has also produced under the banner of Media International, 3 serials in Pakistan, while producing ‘live telecast’ events, special plays, and lifestyle shows.

He is regarded as an actor in Pakistan. His acting portfolio consists of 16 serials and 50-55 special plays and telefeatures aired across various Television Channels in Pakistan.

In addition he has remained the marketing consultant for PCFA and was instrumental in holding the most prestigious FAF (Fashion Apparel Fair) 1995.

He entered the media industry with dreams to conquer, and today the dream has reached realistic proportions. For Abdullah Kadwani, the story began almost 16 years ago when he entered the field as a model and then stepped up to acting. His major break as an actor came with the serial Chand Girhan and from there he moved on to direction and production, winning a PTV award in 2004 for best event producer.

He calls his entry into the field of media marketing as a turning point in his career. Today, he runs three companies — Media Max, a marketing company; 7th Sky, a production company in collaboration with Humayun Saeed; and Media International an event, PR and production company.

In fact, he is the only person in the media industry with such a diversified portfolio and is termed as a magician at PR by his colleagues. Abdullah attributes his success to hard work, dedication and sincerity, and also gives credit to his mentors: “People like Haider Imam Rizvi, Yousuf Baig Mirza, Rehan Merchant, Tahir A. Khan, Haji Iqbal and the late S.H. Hashmi have made me what I am today. One also has to be consistent and sustainable, and like any other mine was also a slow and gradual progress.”
Abdullah Kadwani’s collaboration with Humayun Saeed has spelt runaway success. ‘I believe if your intentions are true, your focus is on the correct path and if you are determined and dedicated, things work out for the best.

Ace marketer he may be, but what about Abdullah the actor? The last one saw of him was in Faakhir’s latest music video. “I have been selective from day one. I think people don’t offer me roles because I’m very choosy, and although I get numerous opportunities everyday, I don’t take them on. I have always tried to be a trendsetter and attached myself with quality work. I have worked hard to reach the top, and now have to try harder to sustain it. But I am still very much into acting: I have recently completed shooting in Malaysia for Nasir Danawala’s serial, Jeena Issi Ka Naam Hai, by Wasi Shah. I will also be doing a serial based on the Pakistan Air Force and a soap as well as some other offers that I am contemplating.”

And what was the experience like of working in a music video? “Excellent, mainly because Faakhir is a dear friend. We both were in India at the time: I was on a business tour and he was there for his album. He called me up one day and said that he wanted me to be a part of his video. When I read the script, I felt it was solid and the role worth doing and today, the video is a hit and has won awards in Pakistan. But that didn’t just happen because it was directed by an Indian director,” he says.

Abdullah’s collaboration with actor/producer Humayun Saeed has spelt runaway success. Who is the lucky mascot out of the two? “I think we are both lucky for each other as we are also close friends. I believe if your intentions are true, your focus is on the right path and if you are determined and dedicated, things work out for the best. I have always told him that our friendship should not get affected by our professional partnership no matter what.

“At the time we started out together, we were at the peak of our careers, so it wasn’t a matter of uplifting the others career. I call our rendezvous a natural alliance and we believe in doing value-added productions.” And value they did add to their very first serial, Ana, which bagged a Lux Style Award for best serial. It was also the first time that Indian soap actors — Amna Sharif of Kashish fame and Nousheen Sardar of Kusum — were engaged for a Pakistani production. Then in the drama, Dost, Shweta Tiwari also became a part of their production.

“Indian actors are very accommodating and enthusiastic, and we are still on the lookout for more actors from India. These people are more comfortable working with us because of our good reputation.” But hadn’t the duo faced criticism about preferring Indian actors over local ones?

“Humayun and I are very obstinate and we had made up our minds to do so. We did face many hurdles but we believe that if God is with you and if you have good intentions, nothing is difficult.”

News has it that the boys are venturing into film production in collaboration with Indian talent as well. “Yes, we have been working on the idea for quite some time and Shahzad Rafiq will direct the film. Jawed Siddiqui of Dilwale Dulhaniya Le Jayenge has written a beautiful love story, and Gulzar sahib is the lyricist. The choreographer and director of photography (DoP) will also be Indian and we plan to shoot the film in Bulgaria and Austria. The actors have not been decided yet, but once the script is ready we will let everyone know who we have signed up from India. From Pakistan, Humayun Saeed will most probably be there,” says Abdullah with a broad smile.

Juggling so many things at once, how does he manage to give time to his family? “I am a family man through and through. I have lived in a joint family and our moral values are very high. My wife has played a major role in my success, she lends me great support.”
These accomplishments don’t appear to be enough for him though. “Presently, I’m also working on concepts regarding game shows, reality shows, joint venture concerts and franchise shows.

My business priorities are to work and promote a positive image of Pakistan through the media. Unfortunately, there are no vocational institutions in this field in Pakistan and I would like to contribute to the establishment of such institutions to bring trained people into the media industry. I have also always wanted to enter politics; I feel that people with a positive vision are now coming into politics,” he says.
These days, the grapevine is abuzz with the news that Abdullah plans to bring out his own TV channel as well. “Let’s keep our fingers crossed,” he says with mischief in his eyes.

Uncategorized 0 42 views
Actor/Director and script-writer He was borne in 7th May, 1979. He is a actor,