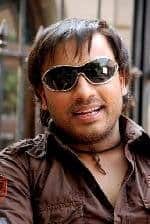 Najam Sheraz is a Pakistani pop singer, musician, composer and comedy actor. He is most prolific singer; indeed he is a household name in Pakistan. Many of his songs have become anthems the world over. His latest album, eight in his career, “Najam” has been released recently both in India and Pakistan. His global peace song “Only Love” was selected by International Olympics Committee for Beijings Olympics 2008 Torch Relay in Islamabad.

Najam Sheraz was born in Multan, Pakistan on August 2, 1969. A natural sportsman, he played professional cricket with cricketing legends such as Inzamam-ul-Haq, Waqar Younis, and Mushtaq Ahmed. He is graduate of University of Engineering and Technology, Lahore where he studied and graduate in B. Tech. in civil engineering. He formed his first band with his elder brothers Booby (Dr. Zubair Adnan in Rawalpindi Pakistan) and Joji (Salman Nadeem in Brampton, ON, Canada) called Brother Rhythm in 1987.

Both brothers till date seriously consider themselves better, more sophisticated music lovers and musicians than the much famous younger brother.His second band came together in 1989. Wet Metal was at that time considered the best live band in the circuit. Performing in almost 1,000 shows all over the country, Najam Sheraz established himself as one of the strongest voices on stage.He has sung and composed song for the new Aditya Narayan Movie Shaapit, titled “TERE BINA JIYA NA JAYE”

In December 1993 the band members parted ways and Najam Sheraz began working on his solo career. His first solo single, ‘In Sae Nain’, was released in September 1994. It was an instant hit, selling more than 300,000 copies. ‘Sohna Chata Hoon’ his second single, received critical acclaim with its release in March 1995. It was soon followed by the release of his first solo album ‘Khazana’ in February 1996 and the video release of ‘Larki’, which brought him to the forefront of the musical mainstream.

‘Khazana’ sold a million copies, supported by the videos ‘Aajana’ ‘Yeh Baat Kise Maloom Nahin’ and ‘Pyar Ki Piyas’. This album took Najam on his first foreign tour to Bahrain where he achieved huge success.The lyrics of the song “Pyar Ki Pyas” were penned by Tahir Gul Hasan for a pop band named Wet Metal that had Najam Sheraz as the lead singer. The music was composed, played (except the lead guitar), recorded and mixed by Tahir at his own studios: Sound On Sound, Karachi.

His next project was an experimental album, an eastern classical-rock fusion called ‘Rakh Aas’ with the band Karavan in November 1997.

His second solo album, ‘Roop Nagar’, was released in 1999 in Pakistan. Its first video release, ‘Pal Do Pal Ki Chahat’, was the first 35 mm music video to ever be produced in Pakistan. Najam was instantly signed by Pepsi Cola International in Pakistan and BMG-Cresendo in India. This album took him on his first North American tour to more than 10 cities. He also performed in Kuwait, where he was the first ever live act from Pakistan, and was especially well received.He has worked intensively in Europe and India with frequent visits to North America as well. His song for Anti Narcotics Force in 2007 became the Force’s anthem and he has been acclaimed as an Ambassador-at-large by the ANF for his work with youth and deprived classes.

Sheraz’s first international release in 2000 was ‘Pal Do Pal Ki Chahat’. In the same year, 20th Century Fox launched the film Split Wide Open. Sheraz’s song ‘Mera Jee Nahin Laage’ was included on the soundtrack along with Air Supply, Asha Bhosle and Garbage. With this achievement, Najam Sheraz became the second Pakistani artist after Nusrat Fateh Ali Khan to be included on the soundtrack of an international film.

In the Ramadan of 2002, the hamd ‘Yeh Mamla Koi Aur Hai’ became a major hit. The intensity and spirit of the song became so popular that it precedes every concert performance and audiences of every age and creed join voices in its recitation.

‘Shahpar’, a song about the Pakistan Air Force, was released on 6 September, 2003.

The Ramadan of 2003 saw the release of the album ‘Yeh Mamla Koi Aur Hai’. Its release was imminent due to the success of the single of the same name in 2002. It included other naats such as ‘Rahain Bhatakne Walay’, ‘In Fizaon Sae Aage’, ‘Gillay Shikway Sub Bhula Do’, ‘Shahpar’, ‘Aae Watan Pyare Watan’, Allama Iqbal’s ‘Lab Pae Aati Hai Dua’ and ‘Kar Liya Sauda’.

Sona Chahta hoon 1995 no 2 was banned from National Radio-Reason given: Lyrics and vocal performance too wild

* Yeah Baat 1996 was censored on National TV Reason given: Against Establishment was aired heavily on satellite a few years later

* Rakh Aas 1997 Pop music was banned on TV Reason given: long hair and jeans give a bad impression of the youth

* Signed up with Pepsi Cola International 1999

* Mahia 1999 was censored on National TV Reason given : intense visuals

* Signed up with the No 1 Tea Company Tapal Tea Pvt.LTD.

* Shapar 2003 Official song for the Airforce

* Menu Tere Naal OST of the Bollywood movie Murder no 1

* Tribute song Jan Nisar to the Police Department of Pakistan.

* Tribute Song Salam dedicated to the Armed Forces for their efforts during the Kashmir Earthquake 2005 also performed for UN and NATO forces in Kashmir.

* Tribute song Zinda Qaum dedicated to the Nation for their united efforts during the Kashmir earthquake 2005.

* Mohabbat Ki Zuban 2006 no 1 wrote, composed and performed the theme song of the campaign. The video of the song is also the largest budgeted video made in Pakistan to date. The song has also become a mobitune for the Telecom’s 20 million customers.

* Pepsi Cola International signed Najam Sheraz up for the year 1999

* 2 part Comedy Serial “Kirkit”. Played the role of the Captain of a street cricket team – 1999

Fourteen years and ten albums behind him in his musical career successful, the star of Shiraz is the most active and optimistic for the future than ever before. 2009 will be the most important year so far for the star, because it has plans to change the world through his music. In the spring of this year, will start his star was expecting much but love the World 2009 tour, with stops in India, Bangladesh, Nepal, Sri Lanka, Italy, Bulgaria, Great Britain, the United States and Canada. Have inspired this round by the anthem to him the escalator just love, which had been submitted on the international level, in the Los Angeles Convention Center, ExCeL London and Islamabad in the stadium during the ceremony of the Olympic torch for the Beijing Games.His 2008 message is simple: “Do you think what I believe in? Do you feel what I feel? This is the time to forget the past, let’s give each other a chance. only love can break the chains. only love can save the day. “These are the words of the choir of his peace love song only, and who sings with conviction deep, and hopes his listeners also take very seriously and put into practice. With the survival of the planet in a fragile balance, the star believes that we can not wait around any longer for peace that only happens, each and every one of us must take on the responsibility for achieving peace on an individual basis. This is good news for the authority of the individual to make a difference through love is what the star is planning to offer to fans for his world tour.

Please introduce yourself to our readers:

I am a singer, song writer, producer and a peace worker.

Tell us where you grew up, your education and family?

I grew up in an ancient city of Multan, Pakistan. I attended UET Engineering University in Lahore to study Civil Engineering; however, I never finished my degree. I am the youngest of four sisters and three brothers.

When did you become interested in music? And how did you enter the music scene?

I don’t exactly remember when, but I have always been interested in music. My brother Salman was a better singer, but he was a bit shy to be the front man, so he pushed me in the front from the drum kit.

Did your family support your decision to become a musician?

They encouraged and appreciated, but they wanted me to become an engineer. However, I don’t believe in fall back plans…

Your first song In Sai Nain received a good response and was a hit, how many songs and albums have you released since then?

I have sung the most number of national songs, and have released about ten albums and numerous singles; including the National Anthem of Pakistan.

Do you write and compose the music yourself or do you have a team that helps you?

I write, compose and co-produce as well.

You have recently been touring Europe and North America tell us what you have been promoting and what response have you received?

I always promote peace and harmony through my interviews, concerts, videos and my music. In 2008, it was promoted through the new album Najam.

What projects or albums are you currently working on?

I am working on launching an antiwar campaign worldwide with my first English single ‘Only Love’.

Pakistan has come a long way in music, where do you see Pakistani music in the next ten years?

I forsee the Pakistani music industry dying badly if we don’t muster up all that we have, which includes our advertising industry, corporate sponsors and satellite channels. We’ll have to do this or we’ll just become a market for the Indian and the International market.

Pakistan has produced many great singers, who in your opinion is the best and why?

My criteria of best is way too high than the local standards, so I won’t answer that, but all have worked very hard, especially those who have sustained from the 90’s without the support of the Indian media. The Indian film industry can make you a star in one day, but to sustain more than a decade, you need to be constantly growing and strong.

Besides music what are you interests and hobbies?

I study comparative religions, explore different cities and people. I also voluntarily work for a great platform known as and have been awarded congressional recognition twice. I like to watch movies as well…

What advice would you give to the youngsters who want to follow in your footsteps?

Be honest with your job, and deliver 100%. Keep your standards high and think of ways to contribute to society and Pakistan.