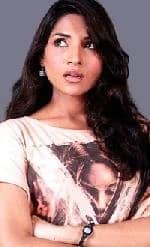 Zhalay Sarhadi is a very popular Pakistani model, actress and a VJ. Zhalay Sarhadi is also the niece of Khayam Sarhadi, a popular Pakistani actor himself. Initially, she started acting, but then switched over to modeling. She gained widespread success with modeling, and she quickly became the cover girl of several popular magazines, such as Libaas.

Zhalay has earned her plaudits for acting as well, and her beautiful looks have made her a real fan favorite. She is mostly remembered as a hostess for the popular Pakistani reality show, Shaadi Online. She has never worked in any film.

Ali 0 239 views
Ustad Ghulame Ali is an ethnic Pakistani singer of the Punjabi Ghazal. He is