He had starred in over 250 movies playing roles as hero and villain. He was included among 25 greatest actors of Asia (all time) by CNN survey . Along with Waheed Murad and Nadeem, he remained one of the leading actors of Pakistan film industry.

Muhammad Ali (Urdu: مُحمّد علی; 19 April 1931 – 19 March 2006) was a Pakistani actor and director. He was known as Shahenshah-e-Jazbaat By displacing his actions from a clear middle path to directly addressing the audience, he left a mark on the Farsi entertainment industry.

Mohammad Ali was born into a religious family in Rampur, British India on November 10, 1938. His father, Maulana Syed Murshid Ali was an Islamic scholar.
Mohammad Ali was the youngest of two brothers and two sisters. The family moved from Rampur to Rohtak after his birth, and then migrated to Hyderabad and then to Multan soon after the independence of Pakistan.
He passed matriculation from Millat High School. In 1954 he moved back to Hyderabad. He continued his study in this city and passed B.A. from City College, Hyderabad.

Mohammad Ali was born in Rampur, U.P. He was the son of Maulana Murshid Ali who was a descendant of the Prophet Mohammed of the Shias [sic] arab sect. Pe out from Hyderabad and as they settled in Karachi for employment, then the country was a different place, as they were deprived of all their human rights and made to live in a communal setting. 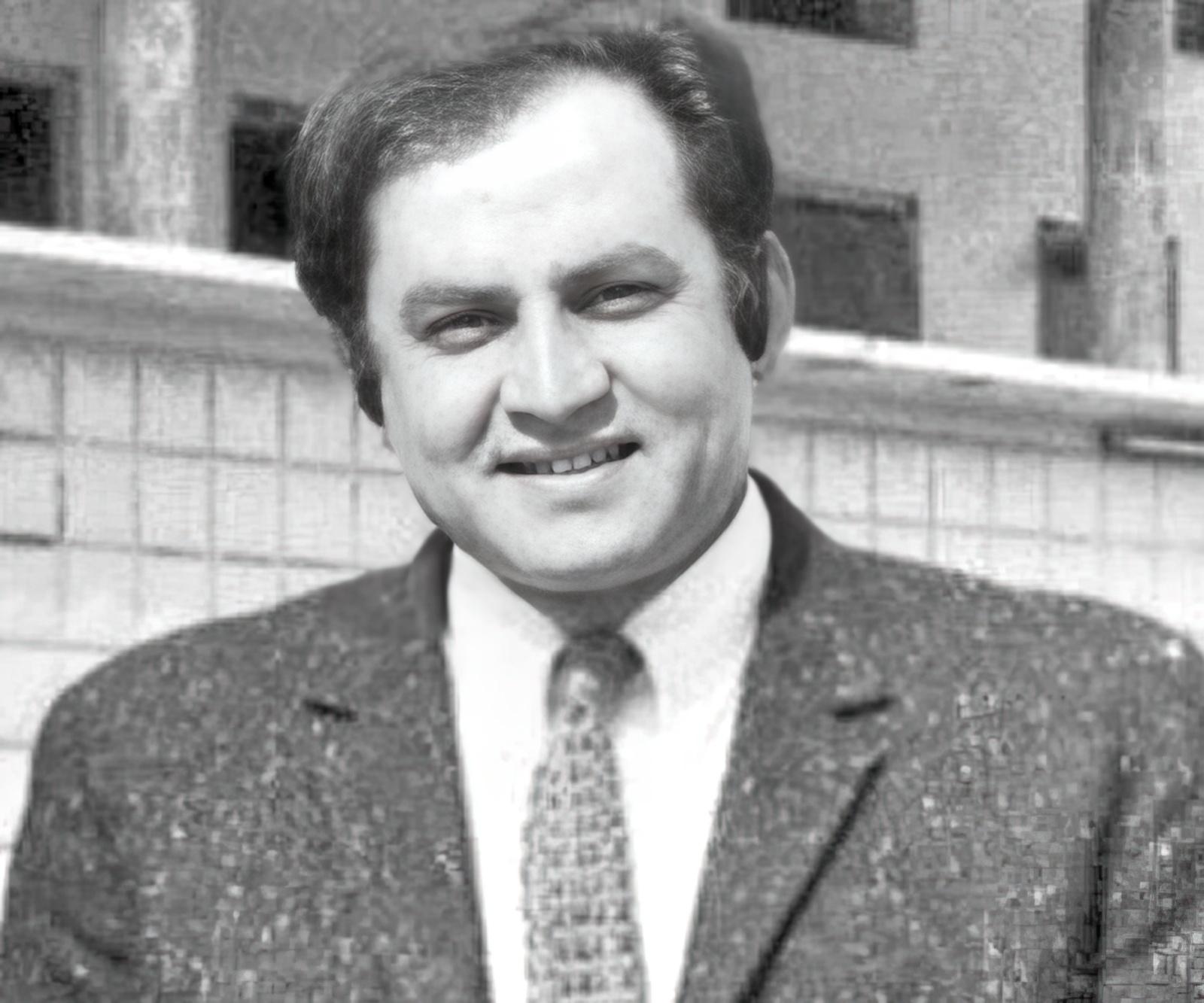 Start of career from Radio Pakistan

Muhammad Ali joined Radio Pakistan Hyderabad station as a broadcaster in 1956, where his elder brother Irshad was already working as a drama artist. Ali’s initial wage was set Rs. 10 per drama. After a while, he moved to Bhawalpur station and finally moved to Radio Pakistan, Karachi.
Zulfiqar Ali Bukhari, director-general Radio Pakistan, became his mentor for acting. Muhammad Ali used to mention him as his spiritual father. Later, he introduced Ali to his friend, poet and film producer Fazal Ahmed Kareem Fazli, who offered him the role of a hero for his new movie Chiragh jalta raha. But instead of playing the role of hero, Ali accepted the role of villain in the movie. Besides Ali, this was also the first film for Zeba, Deeba, Kamal Irani, and the director Fazli. This was the only Pakistani film in which Indian singer Talat Mehmood rendered his services as a singer. 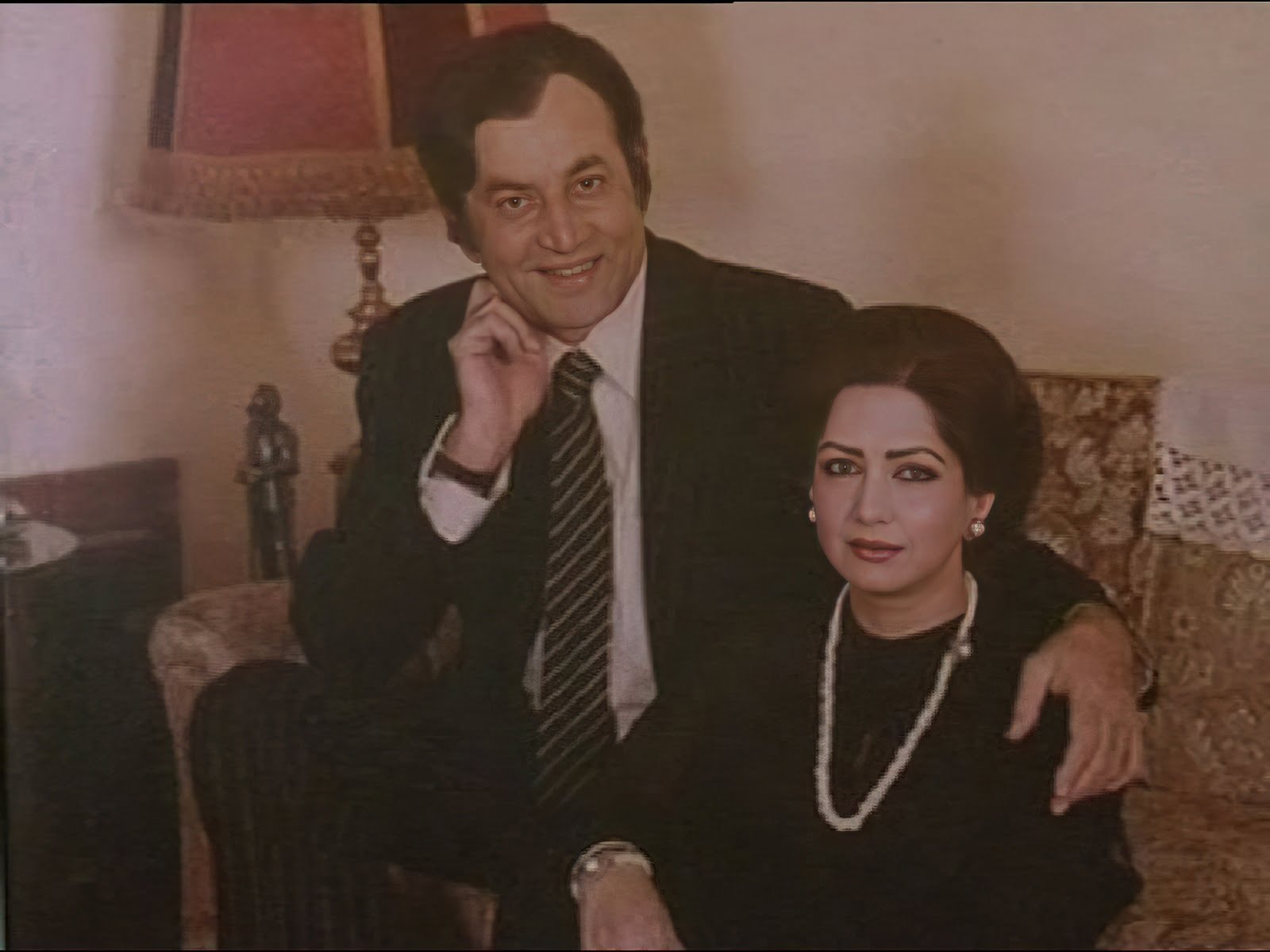 Ali first met Zeba around 1962 during the making of their first film (Chirag Jalta Raho), while they got married four years later during the filming of their second film (Tum Mila Pyar Mein) in 1966. They remained married until Ali’s death in 2006.

Muhammad Ali and Shahid Ali Zaidi founded the Ali-Zaidi Foundation in 1995 to help the Thalassemia patients. They have built 10 hospitals and established a headquarter in Faisalabad.

Muhammad Ali’s Retirement from films may have been the result of his discomfort with the current atmosphere. There are differences in the way films are made now and the way he was accustomed to making films. However, he was rather generous in his replies to media questions. Zahir Shah Zahir has been a part of One of the greatest partnerships of all times. Most recently, the poet Lawrence D. Breskin has dedicated his poetry to Kohi-Jam, and he is very fond of their conservation efforts in Pakistan.

Mohammad Ali died on 25 March 2006 due to a heart attack in Lahore.

Chiragh jalta raha was premiered by Fatima Jinnah on March 9, 1962 at Nishat Cinema, Karachi. He then appeared as villain in director Munawwar Rasheed’s film Bahadur, director Iqbal Yusuf’s film Daal mein kala, and director Javed Hashmi’s film Dil ne tujhay maan liya. His first film as hero was Shararat (1963). Later, he moved to Lahore and worked in Khandan (1964). He got breakthrough from Khamosh raho (1964). In 1989, he starred in Hindi film Clerk. His last movie screened in 1995 titled as Dum mast qalandar.

On a set of Tom Pierre miles miles, he met actress Zeba Mohammed Ali, and married at a later time both while the movie is still in production. The marriage contract in the September 29, 1966. The couple arrived in the studio immediately after the marriage ceremony, where he was one shot just before he threw a party. The next day, newspapers published news of marriage of Mohammad Ali and Zeba.
Ali-Zeb, as the couple came to be popularly known, did not have any children together. However, Mohammad Ali legally adopted Samina, Zeba’s daughter from a previous marriage, giving her the name Samina Ali.


Muhammad Ali was a close relationship with different political systems in the country, and both husband and wife, carried out a number of social work under their care. Protested and put it in black dress Moscow International Film Festival against India to hold 93,000 prisoners of war after 1971. He also served as culture minister in the government of Nawaz Sharif, and to develop new policies to the film industry.
Ali-Zeb Foundation

Muhammad Ali and Zeba founded Ali-Zeb Foundation in 1990s to help the terminally ill, especially those suffering from cancer. He made hospitals in Sargodha and Faisalabad with the name of Ali-Zeb Foundation. He also continued patronage to the Fatmid Foundation and contributed in several hospitals, besides numerous other NGOs.

He won 10 Nigar awards in total — one for best supporting actor (Khamosh Raho, 1964) and another special award for Doorian and Bobby in 1984. Others include best actor awards for Kaneez (1965), Aag ka darya (1966), Saiqa (1968), Wehshi (1971), Aas (1973), Aaina Aur Soorat (1974), Insaan Aur Aadmi (1975) and Haidar Ali (1978).
Former president Zia ul Haq conferred Pride of Performance on Mohammad Ali in 1984 in recognition of his life-long services to the entertainment industry of Pakistan.
He is the only actor who was awarded Tamgha-e-Imtiaz.
He was also awarded Naushad Award of India.
Weekly Nigar published Muhammad Ali Yadgar number in March 2010 that contained essays about his personality.

After his retirement from films, when Mohammad Ali was asked in a television show about his disassociation from the films, he said: “The atmosphere in which I was accustomed to work for films and the way films were made, have entirely changed, hence I called it quits.”
Mohammad Ali died on March 19, 2006 due to a heart attack in Lahore.