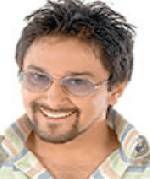 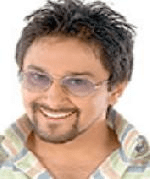 Mani (Salman Saqib) is a renowned name in Pakistan TV Industry. He was born on March 22, 1976 in Karachi. He started his stint in television as a junior anchor and interviewer before turning into a sitcom and comedy actor. Even though his father also has been an artist, Mani was paying attention in sports during his early days and did not consider venturing into the filming industry. His initial attention grew after he began writing scripts for Boom Boom Bastic, a program aired on PTV. After some time, while working as a program designer of the show, one of the conductors of the segment was missing; Mani was asked to fill in, which marked his entry into the screen. After that he did a sitcom Sub Set Hai, which was very admired by the audiences. Since then, he has acted most important and junior roles in many different types of Urdu comedy television serials. Apart from working on Hum TV in which he hosts the popular Hum TV program Hum 2 Humara Show with his wife Hira, he now focuses on acting and filling junior roles in different drama serials. His popular work includes Famous landmark includes Ulta Seedha, Casual, Azfar-Mani FM Radio shows and Maniism.