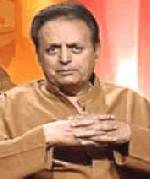 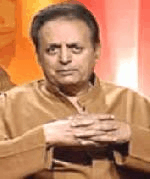 These span many sorts, including travelogues, novels, short stories and collections of his newspaper columns and television dramas. He also turned out to be a television actor and from 1988 was for several years a host of PTV’s live morning transmission Subuh Bakhair. He is one of the most renowned personalities among children. Tarar has been a lively hiker for many years and has been to the base camp of K2 and the Chitti Buoi Glacier. Presently he writes a weekly column for Akhbar-e-Jehan, fortnightly column for the English language daily Dawn and columns for the Urdu language Aaj Daily and Daily Jinnah.
Career

His first book was Nikley Teri Talaash Main, dedicated to his youngest brother, a travelogue of Europe published in 1971. This followed a period during which he travelled in seventeen European countries, and it led to new trend in Urdu literature. As Safar Nama[clarification needed], he has so far over forty titles to his credit. These span many genres, including travelogues, novels, short stories and collections of his newspaper columns and television dramas.

He also became a television actor and from 1988 was for many years a host of PTV’s live morning transmission Subuh Bakhair (Good Morning). His unconventional and down-to-earth style of comparing earned him great popularity among people from all circles of life. He is one of the most recognized personality among children as he spent a big part of transmission time addressing exclusively children. He called himself the cha cha jee (paternal uncle) of all Pakistani children and soon became known by this title.

Currently[when?] he writes a weekly column for Akhbar-e-Jehan, he also writes a fortnightly column for the English language daily Dawn and columns for the Urdu language Aaj Daily. He is currently writing a column in Daily Jinnah (Urdu Daily).

His novel Raakh was nominated as one of the best in the history of sub-continent South-Asia. His books include:

What are you reading these days?

Usually I have dozens of books lying around, but I choose to read books that are readable or if someone has suggested a particular title. Nowadays, I am reading Iceland’s only Nobel Laureate, Halldór Laxness’ Independent People, Virginia Woolf’s The Voyage Out and Mario Vargas Llosa’s The War of the End of the World. Also, Ibn Warraq’s Virgins, What Virgins? If I like a particular author, I try to read all of his works. Jose Saramago and Orhan Pamuk are some such writers. Joining these are Haruki Murakami, whose latest book 1Q84 I am reading, and Amitav Ghosh who is known for brilliantly tackling the novel form.

With regards to poetry, Amir Minai’s Kulliyat and The Essential Rumi translated by Coleman Barks.

Which books are on your bedside table?

Waheed Ahmed’s Mundriwala and Toni Morrison’s Beloved. Also, books by relatively unknown writers such as The End of the Novel of Love by Vivian Gornick, Gifts by Noorudding Farah and If It Die by Andre Gide.

What are you planning to reread?

The Pillow Book by Sei Shonagon, a book of observations and musings recorded during the 990s and early 11th century in Heian Japan, Anna Karenina, Nietzsche’s Thus Spoke Zarathustra and Frazer’s The Golden Bough.

What is the one book/author you feel everyone must read? Why?

I would recommend Fariduddin Attar’s Mantiqu’t-Tayr, which I read in translation titled, The Conference of the Birds. This has had a great impact on my creativity and has influenced many of my works, particularly my novel Khas-o-Khashak Zamane.

What is the one book you started reading but could not finish?

All the books I buy I make a point to read as I have spent hard-earned money on them. I, however, could not finish James Joyce’s Ulysses, although Time magazine declared it the novel of the century; naturally I beg to differ. The other, Marx’s Das Kapital.

What is your favourite childhood book or story?

In my childhood I used to read a lot of youth magazines. As many as 25 magazines used to be printed in a month. Books about jinns and fairies were usually available at Circular Road. I also was an avid comic book fan; the Lone Ranger and Tarzan are some that I loved.

Uncategorized 0 148 views
Bilal Lashari is a Pakistani film director and cinematographer. He born in August 4.