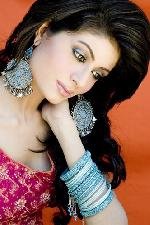 Madiha Iftikhar was born on 5 February 1985. She is a Pakistani drama actress and model.
Early life

Iftikhar was born in Karachi, Pakistan. Her mother was an actress, and works as a writer. Her father works occasionally and sadly is deaf, which was revealed in Good Morning Pakistan episode based on her and her family. She has two sisters.
Career

Iftikhar made her drama debut in Partition Aik Safar, one of the most expensive dramas ever produced in Pakistan. She also has appeared in Kaise Yeh Junoon, Dil Dard Dhuan, Sarkar Sahab and Pappu.

Iftikhar is single and resides in Karachi. Her looks are impressive and she is 5 ft 8 inches, being one of the tallest actresses and models in Pakistan.