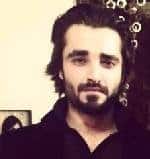 Hamza Ali Abbasi is a Pakistani man who is basically a film maker,professionally studied in film making from USA and came back to Pakistan.He worked in several commercialslike Jazz,Candi Biscuits and Dairy milk.

He arranged a “Short Film contest at the Fatima Jinnah University Rawalpindi where he introduced the youth about film making.He has worked in a Hollywood movie ” Mud House and the Golden Doll”.

Hamza Ali Abbasi recently released his film Mud House and the Golden Doll which was directed by him and he acted in the film by himself.The film is based on real story of a Malang in Multan and a girl who was engaged in a friendship with Malang but people look it through hawk eyes .He played the role of  Malang  in the movie.

Other films and theatre work includes;

Uncategorized 0 58 views
Talat Hussain is a Pakistani actor, writer and director known for his acting in

Ali 0 12 views
Pakistani actress, Somy Ali is one of the most celebrated names in Bollywood. She

Uncategorized 0 131 views
Pakistani cinema was introduced to the world in 1947. There were only four films

Uncategorized 0 120 views
What’s Shaan Shahid up to? The silver-haired, well-coiffed, famously multilingual actor is no stranger

Uncategorized 0 152 views
Bilal Lashari is a Pakistani film director and cinematographer. He born in August 4.

Ali 0 127 views
Ustad Ghulame Ali is an ethnic Pakistani singer of the Punjabi Ghazal. He is