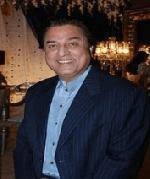 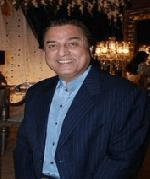 Naeem Bukhari was born on October 27, 1948. He is a well-known Pakistani TV personality and a Senior Advocate Supreme Court. His full name is Naeem Iqbal Bokhari, born in Lahore, Pakistan to Syed Altaf Hussain Bokhari. He was previously married to popular Ghazal singer Tahira Syed (until 1990). Bukhari has two children, a son, Hasnain and a daughter, Kiran with his first wife. Both of whom are lawyers by line of work. Naeem Bukhari then married Tamannah Khan in 1995 and has a son, Abbas and two daughters, Noor Zainab and Noor Fatimah from his second marriage. He has also hosted prominent TV talk shows including “Apne Andaz Se” on which he has interviewed a lot of famous and influential personalities of the Pakistani society. Naeem Bukhari achieved intellectual celebrity status for his well-known TV talk show appearances.
Kiran is married and working in New York City.Bokhari married Tamannah Khan in 1995 and has a son, Abbas and two daughters,Noor Zainab and Noor Fatimah from the second marriage
TV shows

Naeem Bokhari has hosted famous TV talk shows including Apne Andaz Se on which he has interviewed many famous and influential personalities of the Pakistani society.
Intellectual personality

His open letter against Chief Justice Iftikhar Mohammed Chaudhry published on Feb 16, 2007 created a controversy and this is also attributed to the eventual dismissal of the Chief Justice by President Pervez Musharraf. The Punjab Bar Council reacted only after March 9, 2007, when the controversy had reached a peak and dismissed his membership in Punjab Bar Council. Subsequently, his membership was renewed.