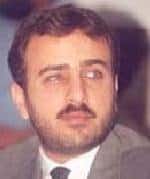 Personal life
He is married to Mr. Awais Ahmed Khan Leghari, and to find his wife on a website in the United Kingdom on the basis dateing, singlemuslin.co, United Kingdom. In addition to agriculture, which both his hobby and means of income, Mr. Leghari he loves fishing, and playing tennis.Political Career
Mr. Awais Leghari being member of a political family actively engaged in the socio-economic developmental issues of the area as well as country, entered the political electoral arena in 1997.

Election 1997
He contested and won the Provincial Assembly of the Punjab election in 1997 from Rajanpur on a PPP ticke.

Millat Party
On the founding of Millat Party on 14 August, 1998 Mr. Awais Leghari became a member.

PML (Q)
After Millat Party along with Sindh Democratic Alliance merged with the ruling PML-Q in May 2004 to form united Pakistan Muslim League, Awais Leghari became one of the senior vice presidents of the newly constituted party.Awais